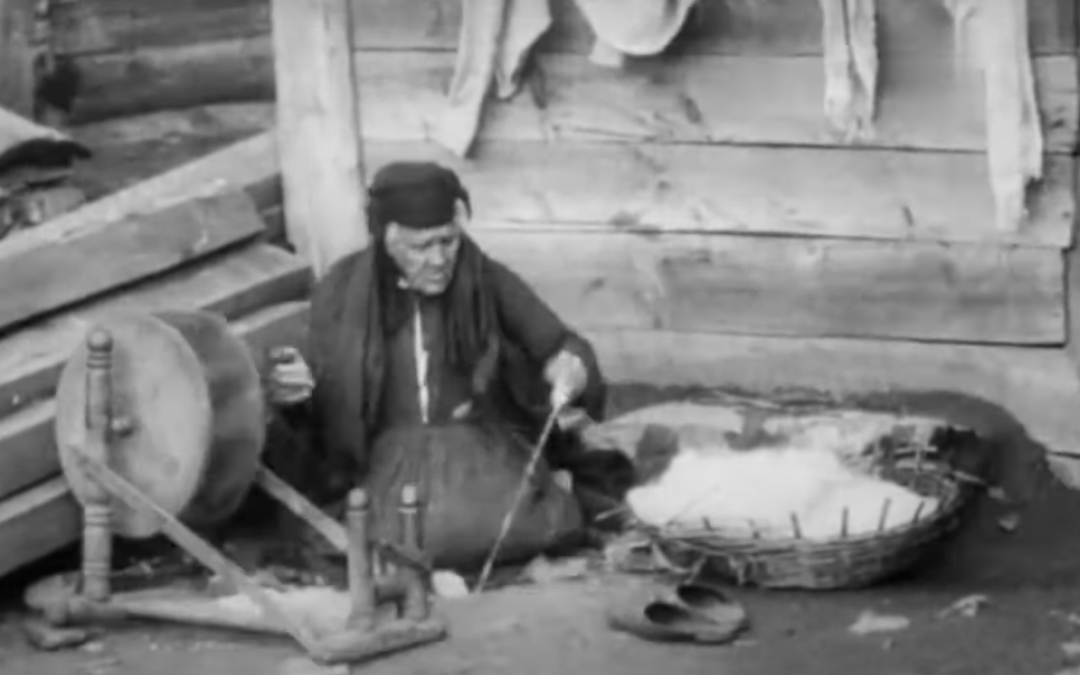 When we discuss pioneers of cinema we often overlook those whose work took place in other nations and cultures. While we are familiar with the essential works and auteurs of the Western imaginary, there are notable gems of audiovisual creativity born elsewhere as well, even more remarkable in that they sprang from regions far from the front lines of cinematic production. These filmmakers and their work are for this reason of even more interest to the student of film history.

Such is the case of the Manaki brothers, considered trailblazers of Balkan cinema. Ianachia and Milton Manaki were born in 1878 and 1882 respectively, in Avdella, in present-day Greece. At that time, Avdella was part of the Ottoman Empire. In 1905 they obtained a primitive movie camera which they used primarily to record scenes of everyday life in their hometown. Among these, one is of particular interest: a recording of their 114-year-old grandmother, Despina, spinning wool. Born in 1791, she is thought to be the oldest person ever filmed. This short film, later colorized, reveals an art that is today almost extinct and the visage of a woman who lived in three different centuries. It is fascinating to think of the changes this woman must have witnessed during her life, including cinema, a concept surely foreign to her until that moment.

The Manaki brothers also filmed well-known personages of their time like Mehmed V, 35th sultan of the Ottoman Empire, and opened the first movie house in Bitola, in North Macedonia. Today, the International Cinematographers Film Festival “Manaki Brothers” is celebrated every year in Bitola in their honor. Their film archive was deposited in the Yugoslavian Archives in 1955 and was transferred to the Cinematheque of North Macedonia on its creation in 1976.

The banner image is a screenshot of the video