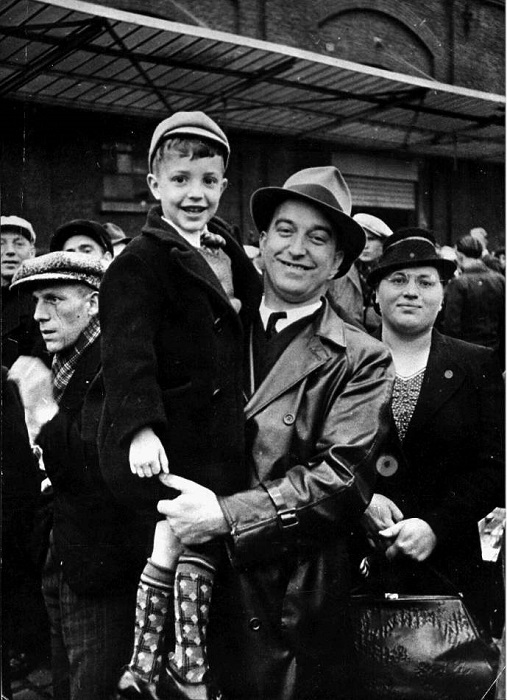 Transmemo is a research project funded by the Belgian Science Policy Office (BELSPO), which focuses on the memories of Belgian families of collaborationists and members of the resistance during the Second World War (WWII). Launched in October 2017, the project brings together eight researchers from two Belgian universities (Universiteit Gent and Université catholique de Louvain) and the national Centre for Historical Research and Documentation on War and Contemporary Society (CegeSoma). It includes historians, socio- and cognitive psychologists, and one political scientist.

As well as this interdisciplinary diversity, it also spans the country’s two main linguistic communities (Dutch-speaking in the North and French-speaking in the South). Transmemo’s objective is to study how the families of people who resisted or collaborated during the occupation of Belgium during WWII have transmitted this family history to their descendants. In doing so, the research aims to offer a “from below” perspective on the evolution of this history within Belgian collective memories.

Belgium collective memories of the Second World War cannot be disconnected from the particular context of the conflict between the two main linguistic communities. Scholarly literature from different academic disciplines has repeatedly confirmed that language was one of the main divisive rifts that caused political, cultural, and social conflicts in twentieth-century Belgium. WWII further reinforced the differences between the Francophone community and Flanders as separate communities of memory. It is a commonly held view that this WWII-rupture still continues to cast its shadow.

This becomes mostly explicit in the different views of collaboration held by both country’s main linguistic communities. During the war, collaboration with Germany in the North was supported by an important anti-Belgian Flemish nationalist party. In the aftermath of the conflict, Flemish nationalist collaboration was framed as justified within the larger struggle for equal rights within the Belgian state. More importantly, post-war purges were framed as an ‘anti-Flemish repression’ by the Belgian state.

The topic of ‘amnesty’ for convicted collaborators became the basis for an extraordinarily successful struggle for memory in which an apologetic stance on collaboration became the dominant view in Flanders. This is also why collaboration and its post-war aftermath has been well researched and documented by Dutch-speaking historians. In contrast, the South of the country developed a stronger identification with the memory of the resistance, which even lead to a certain silence about its own collaborationist past. Enduring historical myths, a lack of true dialogue, and the enduring, real threat of political tension all form part of these persistent schisms in Belgian cultural memories.

The ambition of the Transmemo project was thus to examine this past but through the innovative angle of family memories transmission. Examined through an interdisciplinary lens, the family level of analysis can be used as an intermediate scale (meso) between the individual (micro) and the collective (macro). This research aims to shed some light on how these conflicting memories can help to explain how these dissonances could become so entrenched in society and how they have determined the way we think about Belgium as a national community today.

Thus, the research also has the potential to address the more universal question of why history and subsequent memories can become agents of division, and how the failure to reconcile opposing historical narratives can become so strong that they ultimately help to determine the political fate of a country. As such, this project also appeals to the broader intention to use Belgium as a stepping-stone for a more general reflection, in relation to international literature on reconciliation.

To answer these questions, Transmemo’s initial ambitions were to interview 240 people from 80 families with a resistance or collaboration background, and from both main linguistic communities. Each family had to include three generations, starting with the generation that were children during the war. Nevertheless, the team encountered major difficulties in finding French-speaking families with an ancestor convicted for collaboration, where all three generations were willing to participate. This already indicates that memory transmission of collaboration in French-speaking Belgium is more problematic than in Flanders. For this reason, the final sample is different from the initial ambitions.

We interviewed a total of 197 people from 79 families. Each interviewee completed pen and paper questionnaires before we met them for an audio-recorded semi-structured interview. We followed both a non-directive approach that allowed participants to share their testimonies openly and more specific questions so that we could collect quantitative data. All these recorded interviews will be added to the federal scientific heritage collections, as the new oral sources created within the framework of this project will be donated to the CegeSoma (State Archives in Belgium) audiovisual collection, where further access and valorisation is assured under certain conditions that respect the anonymity and privacy of each participant.

The dissemination of Transmemo’s results will be aimed at the scientific community, as several articles will be published in 2020. Nevertheless, Transmemo is also a project with a strong societal dimension. Consequently, the Transmemo team is committed to disseminating their results to the general public. Historian Koen Aerts participated in two documentary series broadcast in the North entitled “Children of collaboration” (November 2017) and “Children of the resistance” (November 2019), which both received very high ratings within the Flemish public. In the same vein, CegeSoma is currently developing its own podcast, based on interviews with families of the project.

Finally, the entire Transmemo team presented some of their results during a large-scale study day organised at the Senate on 3rd October 2019, in front of an audience composed of project participants (families), journalists, experts, and politicians. Throughout this important day, all sides of the conflict and from both communities sat together for the very first time to discuss the place that family stories should take in the current landscape of Belgian memories of the Second World War.