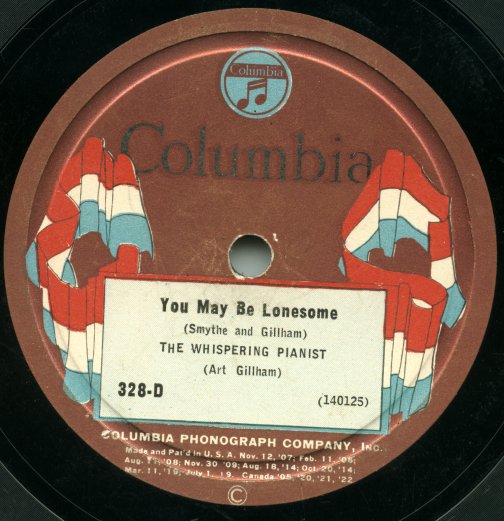 Since the beginning, the evolution of audio recording techniques has been remarkable and rapid. Some of these formats, wax cylinders for instance, were mechanical in nature: recordings were engraved on the cylinder’s outer surface and were reproduced by means of a phonograph. Thanks to this technique, we can still listen to sound recordings dating back to the 1880s, although the phonograph eventually fell into disuse as gramophone records took over the market.

However, one of the greatest revolutions in recording technology occurred on February 25, 1925. On that memorable date the first commercially released electrical recording was made. That recording is of a song for voice and piano by Art Gillham, “You May Be Lonesome,” which has now been rendered digitally so that we continue listening to it today. This new system, patented by Western Electric, stood as the standard audio recording format (while undergoing a series of subsequent evolutions and developments) until the advent of digitization.

The electrical recording process revitalized the music recording industry, in decline due to the increasing popularity of radio. In the long run, this allowed the electrical recording industry to continue developing its technique in the interests of increased sales. Thanks to this, the sound quality and durability of this type of audiovisual media were improved, which has allowed the sounds of the past to reach us.

Link to the recording: Art Gillham And His Southland Synchopaters- You May Be Lonesome (1925)

She holds a doctorate in Documentation Sciences from the Complutense University of Madrid, where she also obtained a Degree in Information and Documentation and a Master’s Degree in Documentation Management, Libraries and Archives. The title of her doctoral thesis, which obtained the note of Summa Cum Laude, is “Ontology of the Spanish Civil War”, directed by Dr. Juan Antonio Martínez Comeche. She currently works as a document controller at the Advisian Consultancy of the Australian engineering firm Worley Parsons, although she has three years of experience in this sector in various engineering projects and two more in the field of documentation and libraries.