The House of the Devil: The First Horror Film 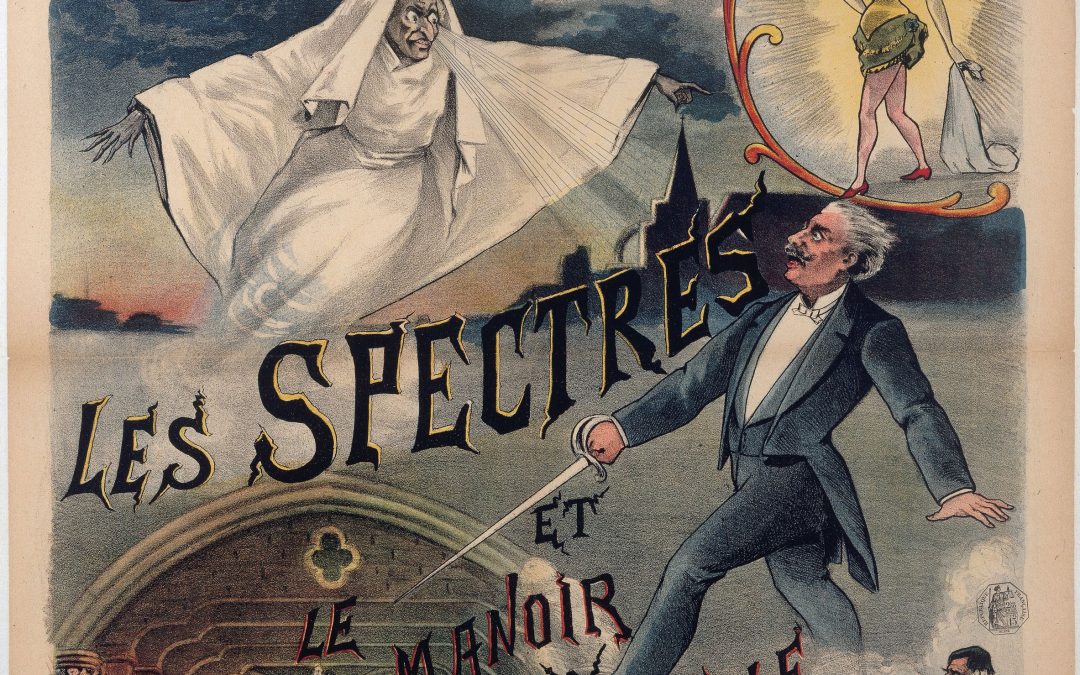 October is the quintessential month of horror: the 31st is All Hallow’s Eve and, given the ever-increasing influence of the Anglo-Saxon world, Halloween celebrations have become ubiquitous in the Latin world. The supernatural, mysterious, and terrifying has always found its niche in theatrical representation, a tradition that pre-dates the popularization of Halloween: older generations may remember José Zorrilla’s play Don Juan Tenorio, in which the title character’s soul is one of the main protagonists.

Today we want to share an audiovisual treasure in line with the times: the first known horror film, Georges Méliès’ The House of the Devil (Le Manoir du diable). This film is remarkable for several reasons. First of all, while it was originally conceived as a comedic work, it offers up many of the commonplaces essential to the horror genre: an enchanted castle, the living dead, and even the transformation of man into bat (which has also marked it as the first ever vampire film). Secondly, with a duration of over three minutes, it was an ambitiously long production for its time. It was filmed in 1896.

In early films, the actors were often unnamed; in this film, however, we can identify the participation of Jeanne d’Alcy, a celebrated stage actress of the era and also Méliès’ wife. The preservation itself of this film offers some interesting detail. It was believed lost until it popped up in the collections of the New Zealand Film Archive in 1988. This sort of discovery highlights the need for greater care in the preservation of our audiovisual heritage. One never knows where one of these treasures, presumed lost, may come to light, allowing us to share them with future generations.

Link to the video: Le Manoir du Diable (The House of the Devil) by Georges Méliès