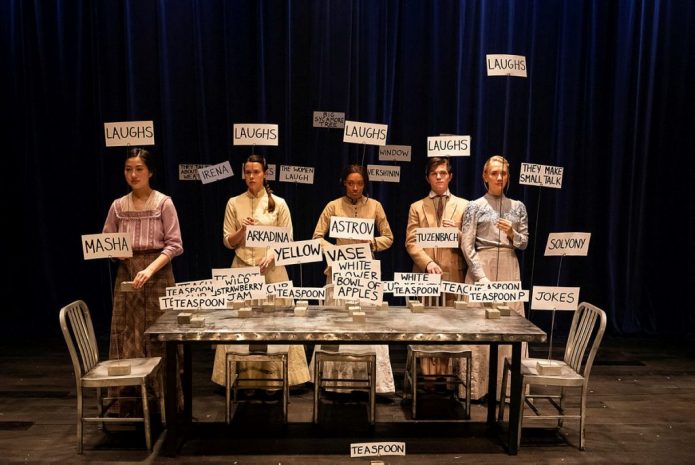 The National Institute of Dramatic Art (NIDA) is Australia’s leading centre for education and training in the performing arts across the full range of dramatic disciplines including acting, costume, design, directing, musical theatre, properties, technical theatre, stage management and writing. NIDA began teaching in 1959 and is Australia’s first professional dramatic arts training institute. It continues to deliver primarily practice-led training methods, staging over 15 public productions per year to showcase student work. Alumni include actors Mel Gibson and Cate Blanchett, designers Catherine Martin and Deborah Riley and many others who have made their name locally in the theatre and internationally on screen. 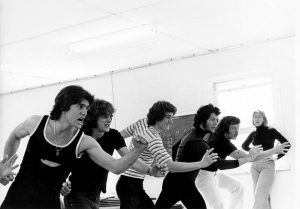 A collection of cultural significance

The unique collection of material held by the NIDA Archives was independently assessed in 2015 to be of national cultural significance. The assessment highlighted select record series within the archives, with areas of exceptional significance being the photography set and costume designs for NIDA, and records of the Jane Street Theatre and the Old Tote Theatre Company. Corporate records and material related to theatrical pedagogy were also assessed to have high significance. 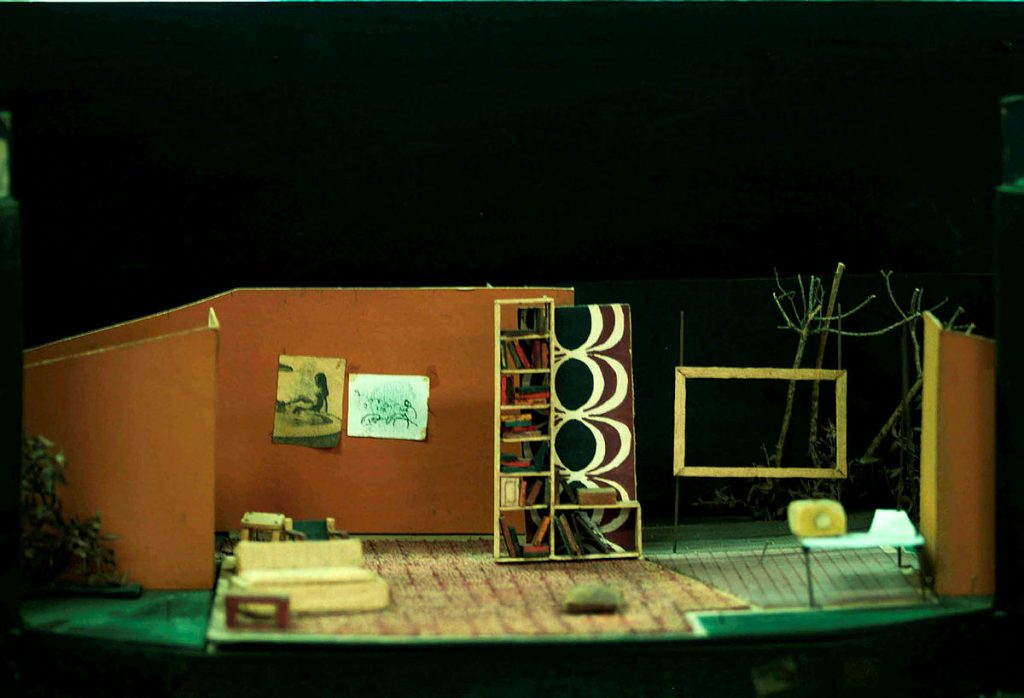 Establishing a formal program for NIDA’s records and archives

NIDA is proud of its history and place in the Australian post-WWII cultural landscape. In 2005, an archives program and repository were established as part of the lead up to NIDA’s 50th Birthday celebrations in 2009. The program objectives at that time were an oral history project, consolidating the paper-based archives (which up until that point were stored in various internal and external locations) and developing a costume collection.

The establishment of a formal program was not the first attempt at managing the archives. The NIDA Library, established in 1980, had collected performance-related items such as production audiovisual recordings, prompt copies and a range of publications including the annual reports and newsletters. In 1984, students from the then Graduate Diploma of Archives Administration at the University of NSW described NIDA’s archival holdings as a student-led project. From there in 1988-89, NIDA employed a former arts administrator but non-archivist to arrange and describe the NIDA and Old Tote Theatre Company records, which he did with much enthusiasm, although unfortunately creating a unique system of arrangement which did not translate to improved access and management.

In late 2019, during NIDA’s 60th Anniversary year, the NIDA Archives returned to NIDA’s main campus in Kensington NSW having spent close to 15 years off-site in a large warehouse. With a centralised office and purpose-built repository, the move is the latest reinvention of the archival collection. The return back to the main campus is an opportunity to consolidate and establish a professionally run, in-house archives according to the archival principle that records which have value as authentic evidence of administrative, corporate, cultural and intellectual activity are made, kept and used.

Concurrently in 2005, the records management program was established with the introduction of an electronic document and records management system (EDRMS) to replace what had been a relatively well-organised paper-based file series run by the administration arm. The EDRMS implementation had some initial success but with limited resources and changing organisational structures, a decision was made to combine the records program and the archives program in 2010.

The decision to employ a Corporate Archives and Records Manager and combine the two programs provided NIDA with a great opportunity to ensure the current information management and recordkeeping practices support the long-term preservation of NIDA’s business, legal and historical records — in all formats. The unit now supports three systems: the records management system (Content Manager 9.2), the digital asset management system (Fotoware), and the archives control system. A suite of policies and procedures have been developed to support the business, legal and historical requirements including an in-house disposal authority which sets out the retention periods for classes of records.

The dichotomy of NIDA’s records

NIDA’s primary functions are education and arts. For recordkeeping practice, this dichotomy requires different demands. NIDA is a not-for-profit non-government organisation (public company limited by guarantee) and therefore not subject to either Australian state or federal government archival legislation — it chooses to have an archive. It is, however, subject to a range of legislative requirements to demonstrate good recordkeeping and retain records in accordance with various educational, employment, financial, privacy, work, health and safety, and building code regulations.

However, NIDA was also designed along the lines of a theatre company and its core pedagogical principle is practice-led teaching. Many of NIDA’s key archival records (including those highlighted in the 2015 Significance Assessment) stem from the repertoire of productions, showcases, exhibitions and presentations by students. This includes the extensive analogue and digital photographic holdings that are managed and accessed via the digital asset management system. In this regard, there can be an expectation that the Archives might hold only the staples of the theatrical historical record: programs, press cuttings, photos, prompts and production records. The business archives lack that star quality. 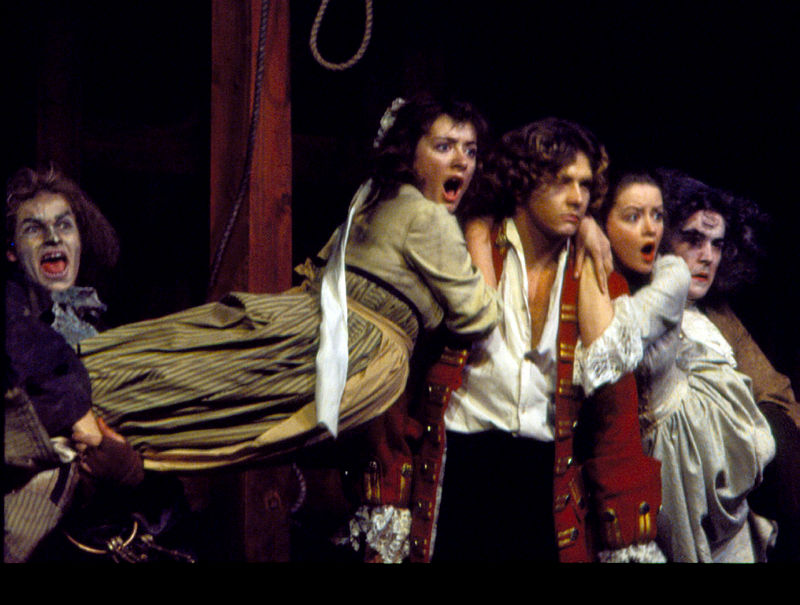 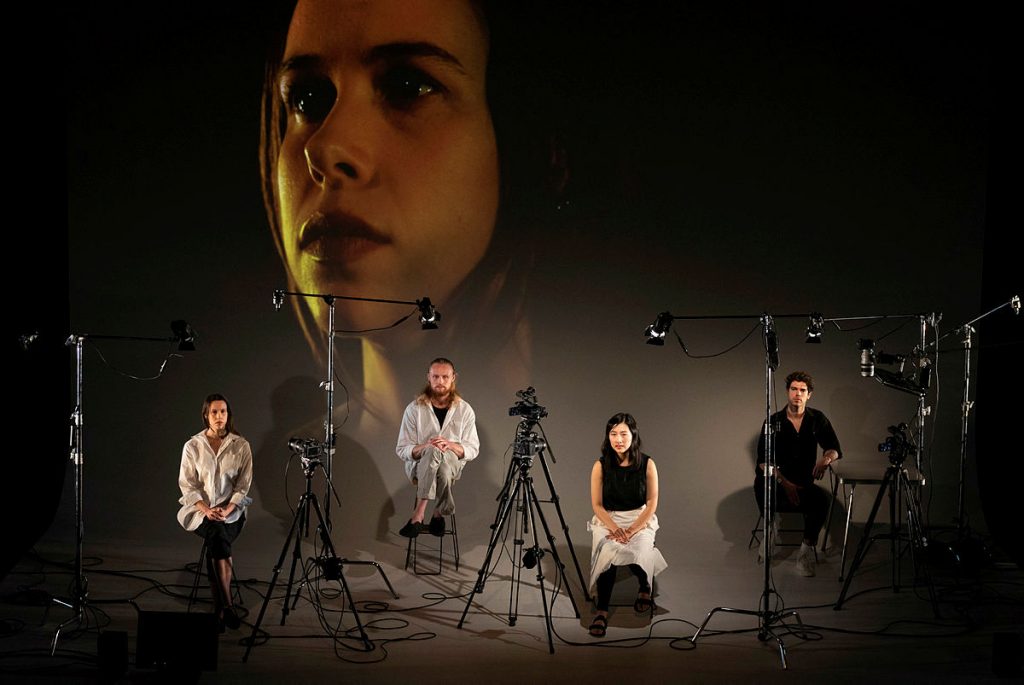 Fifteen years since the inception of the archives and records programs at NIDA, the challenge ahead is one shared by many archivists and record managers: how to ensure the long-term preservation of NIDA’s digital archives? In certain respects, NIDA is in a good position with a strong, systems focus across its workplace. Almost all current process and output is digital in format and very little paper-based records are created or maintained as physical records. The challenge is translating the unstructured and creative into full and accurate records stored in identifiable locations with the appropriate metadata and digital preservation paths mapped out. Issues include clearly setting out the difference between an electronic records management system and the digital archives; understanding the retention and access requirements around business system datasets as new systems are introduced; preservation file formats; and decommissioned email accounts, and engagement by records creators and users in the program. A combined records management and archives role assists with this challenge as we can support the digital records creation stage through to digital archival retention and preservation.

NIDA has evolved over the past 60 years and will continue to do so. As such the NIDA Archives and Records Program will continue its recent objective of building trust and flexibility into system design while maintaining key archival principles — responding as much as directing.

Julia Mant is NIDA’s Archives and Records Manager. She is an accredited professional archivist (ASAAP) who has worked in the arts and educational archives sector for more than 20 years including at the University of Sydney and Tranby Aboriginal College. Julia holds a BA (Hons) from the UNSW (majoring in History and Theatre) and graduate diplomas in Science (Information Services) from Edith Cowan University and Applied Intellectual Property from UNSW. Julia is also the current President of the Australian Society of Archivists, the peak professional association for archivists and recordkeepers across Australia.