“Nanook of the North”: a pioneering work in the documentary genre 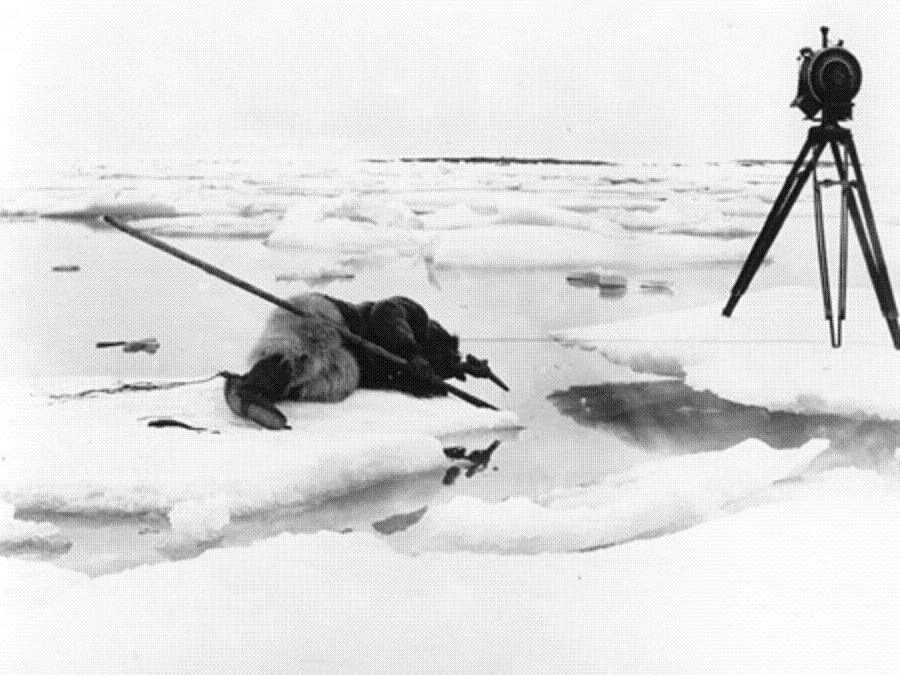 The documentary genre is booming: on most audiovisual resource platforms, such as Netflix, it is common to find many works in this genre. It is a narrative resource that has evolved: our readers will have in mind the classic animal documentaries, which nowadays coexist with documentaries on subjects as diverse as new technologies, criminology or Internet scams.

The documentary genre (objectively recording a real phenomenon or situation) is very close to journalism. It can be considered the oldest genre since the creation of cinema: the classic short films of the Lumière brothers show scenes of everyday life, such as workers leaving the factory, and can be considered documentaries. However, some works have laid the foundations of what we now believe is the canon of this film genre: among them, “Nanook of the North” stands out.

This 1922 play, directed by Robert J. Flaherty, depicts the daily life of Nanook, an Inuk man. In their language, “Inuk” means “man” or “person”, and “Inuit” is the most respectful way of referring to them, meaning “people”. Unfortunately, “Eskimo” has fallen into disuse as it is considered a derogatory word. In the documentary, we see Nanook and his family going about their daily activities, such as fishing and hunting, to survive in the hostile environment of the Arctic. For example, the man’s real name was Allakariallak, and his family was also inaccurate: the woman who played his wife was the director’s Inuit lover. In addition, despite the supposed neutrality of the filming, it is known that many shots were staged: for example, in the ice fishing scene, the fish was already dead when it appeared on the screen.

Despite all this, it is considered to be the first documentary as such in history. It shows beautiful landscapes and, despite the lack of realism of the filming itself, it is of great interest for learning about the daily life of the Inuit people, today in danger of extinction due to racial discrimination, economic problems and climate change. The importance of “Nanook of the North” is such that in 1989 it was considered culturally, historically and aesthetically significant by the Library of Congress and selected for preservation in the National Film Registry.