‘[Insta]Poetry is not a luxury’: On the Urgency of Archiving the Diverse Voices of Social Media 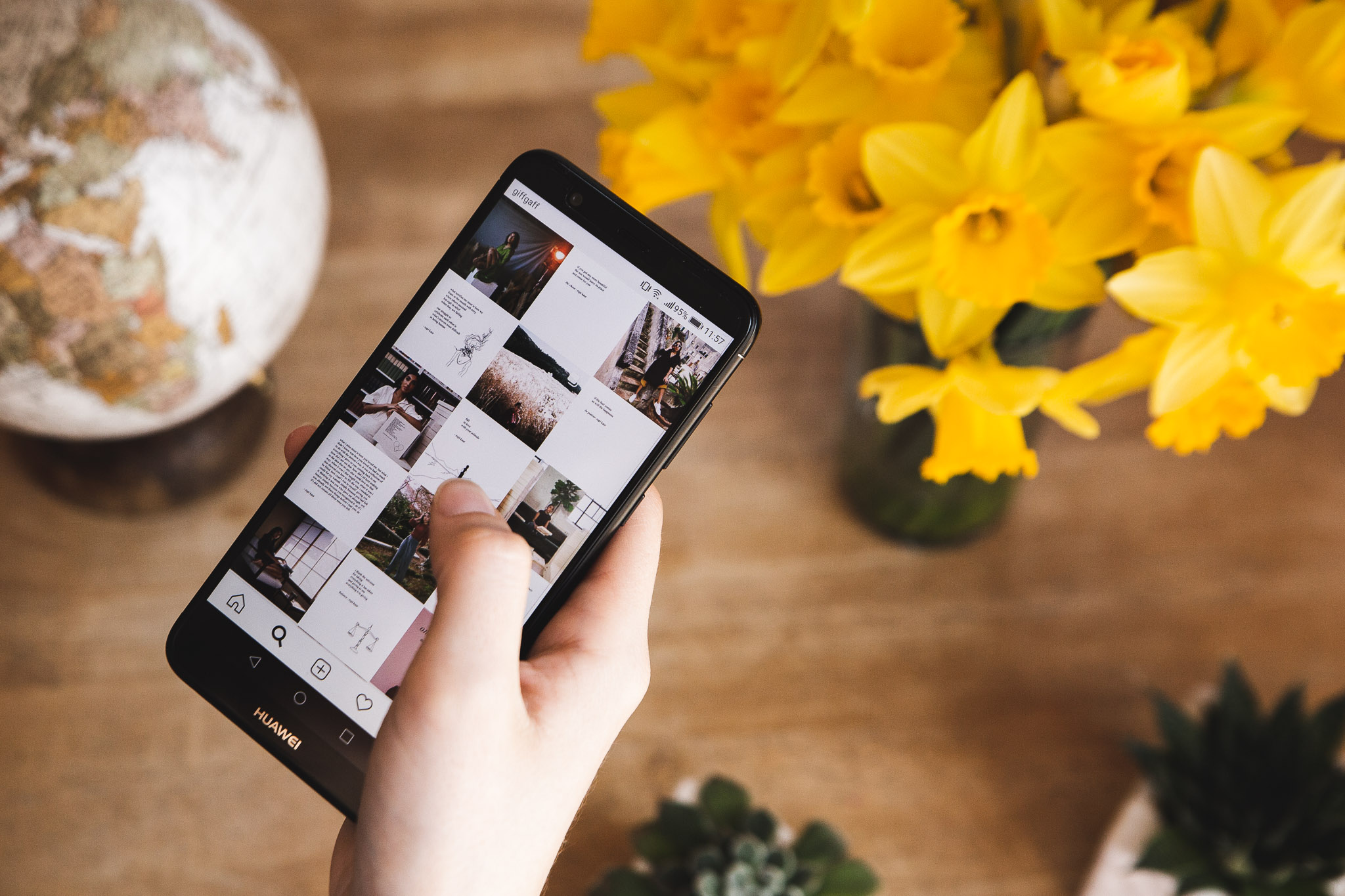 In today’s digital age, verse has gone viral. Since 2013, young poets have turned to photo-sharing platforms like Instagram to self-publish their texts and gain a wide readership.

Fitting their words into the square Instagram picture frames, paying attention to font and sizing, writing texts that are accessible both in style and content, instapoets are making poetry visually appealing, relatable, scrollable, accessible, and portable to followers.

The repercussions have been significant: recent UK and US surveys reveal that poetry is on the way to becoming a bestselling literary genre. In 2017, a report by the National Endowment of the Arts (the largest survey of American adults’ participation in the arts) and UK statistics from book sales monitor Nielsen BookScan showed that the number of poetry readers had nearly doubled since 2012. The biggest increase was among young adults, especially young women and people of colour – a significant shift from the traditional middle-aged male poetry buyer, who now represents only 18% of poetry readership in the UK. In 2017, the top-selling poetry collection was Milk and Honey by 26-year-old Punjabi-Sikh Canadian “instapoet” Rupi Kaur, which has sold 3.5 million copies and been translated into 40 languages. Eleven other instapoets made it into the top twenty bestselling poets list that year. While these figures indicate the financial success of instapoetry in book format, they can only hint at the size of its online readership. Therefore, to counter this focus on the physical object of the published book, I want to initiate a discussion on social media that is responsive to the ways that the poetry itself appears online in order to think about alternative ways of archiving “beyond the book”.

Despite the media attention instapoetry has received since its beginnings, the academic and literary world has remained suspicious, and continues to question its literary legitimacy. Very little academic material has been published on the topic, and apart from a very small number of papers on Rupi Kaur’s writing, instapoetry is treated as a footnote. Is this simply the result of the slow-paced process of conventional academic publishing or might this also be because writing an academic article on instapoetry would give it some cultural and academic legitimacy? The most virulent criticism was voiced in a 2018 article by British poet Rebecca Watts, who condemned “social media’s dumbing effect,” compared instapoets to social media influencers, and denounced “the open denigration of intellectual engagement and rejection of craft” that she argued is characteristic of the genre. Her concerns undoubtedly reflect those of many poets and academics who worry that poetry is no longer being taken seriously. Yet there are historical parallels. In 1856, as more and more middle class women started writing for a living, George Eliot wrote an essay entitled “Silly Novels by Lady Novelists,” lamenting the affectation and clichés of women writers, and the “absence of rigid requirements” of the novel form which, she contended, “constitutes the fatal seduction of novel-writing to incompetent women” (Eliot, 324). Being a new genre, the novel was accessible and socially acceptable for women writers, as it had relatively low status, was easy to read, bore “no long and intimidating tradition of ‘great masters’”, and “did not demand a knowledge of the classics, of rhetoric, or of poetic devices” (Eagleton, 60). The similarities between the novel then, and instapoetry now, are striking, as this new generation of “outsiders” is carving out a space to be heard outside mainstream publishing.

Most successful instapoets are young, feminist, from minority or immigrant backgrounds, and many of them are women, and/or queer, and/or working-class, and/or with disabilities. They often resort to Instagram after being turned down by publishers; indeed a report by the UK development agency Spread the Word in 2015 found that Western publishing tends to favour books by white male writers, resulting in the BAME writer community being underrepresented. Instagram thus offers a creative outlet for sections of the population who are usually barred from more traditional forms of poetry. In this sense, Watts’ piece voices a general sense of uncertainty that is created by instapoetry’s flouting of hidebound poetic traditions. Clearly this raises questions as to what exactly qualifies as “literature”, and more crucially, who has the authority to define a text as “literary”. In an essay entitled “Poetry Is Not A Luxury” written in 1977, African-American feminist poet Audre Lorde suggests that our definitions of literariness are a white Western male invention. Poetry, she writes, “is a revelatory distillation of experience, not the sterile word play that, too often, the white fathers distorted the word poetry to mean” (Lorde, 37). Challenging the emphasis on intellect over emotion in Western culture [reiterated by Watts, who contrasts the media-celebrated “honesty” of instapoets with actual “poetic craft”], Lorde convincingly argues that for minority women, “poetry is not a luxury”. Instead, it is vital for survival as it allows women of colour to access and communicate their emotions. It is a socially meaningful medium through which to think of new ways of being and to initiate “tangible action” towards social transformation. For instapoets such as Rupi Kaur, Lang Leav, Nayyirah Waheed, Yrsa Daley-Ward and Amanda Lovelace, “honesty” is the way they raise awareness of political matters like sexuality, abuse, gender, race and immigration. The debate about the “literariness” of instapoetry has overshadowed a more important fact: through social media, minorities and women not only have a creative voice but are also being heard, and are experimenting with language, rhetoric and form in innovative ways.

I first became interested in instapoetry while assessing the British Library’s holdings of contemporary North American migrant narratives as part of a PhD placement. Taking a literary perspective initially focusing solely on books, I started investigating their practices regarding online writing. I was surprised to learn that the British Library cannot acquire and collect websites or Instagram pages as easily as it can a book. The UK Web Archive, hosted at the Library, is confined to UK-based or UK-associated websites (either hosted on a UK domain or authored by UK residents) which it can collect through non-print legal deposit. It can also pull information from web pages that have no UK-based domain if there is a clear link with the UK, but permission is needed from the creators of the content and rights need to be cleared. Social media content is even more difficult to archive, as many sites also block attempts to “harvest” content. The legal restrictions are a real barrier for the archive, leading me to wonder whether the UK web archive in its current form might not be inadequate. As instapoets regularly delete older posts, their work is lost forever if it is not collected in time. A search on the UK Web Archive and the American Internet Archive (known as the Wayback Machine) suggests little trace remains of the years 2014-2015, the period when instapoetry peaked. If we think of a book as a final product, then an Instagram page can be viewed as a digital manuscript, the followers’ comments as editor’s feedback, and each deleted post as a draft that ends up in the bin. I prefer to see the published book and the Instagram page as two separate entities, especially given that instapoets continue to use Instagram even after publication. Rupi Kaur’s bestseller Milk and Honey may find its place in an archive someday, but then only half her work will have been recorded, as her books and her Instagram page simply cannot be compared with each other. Instead of one per page, poems on Instagram are interspaced with pictures and positioned on a board, rather like the page of a comic. The concept of time is also different: the reader starts with the most recent poem and scrolls down (or back) in time, and this creates a sense of ongoing progression that cannot be reproduced in a conventional book with a beginning and an end.

Instapoetry evidently poses challenges to current academic practices regarding interpretation and archiving. Unfortunately, the archiving system in its current form continues to prioritize literature published in books over self-published online writing, and although the reasons are primarily technical and legal, this contributes significantly to the marginalization of minority voices.