“In the case of our discipline, we remain in a permanent state of change”: Interview with José López Yepes, Emeritus Professor from the Complutense University of Madrid | 1st part 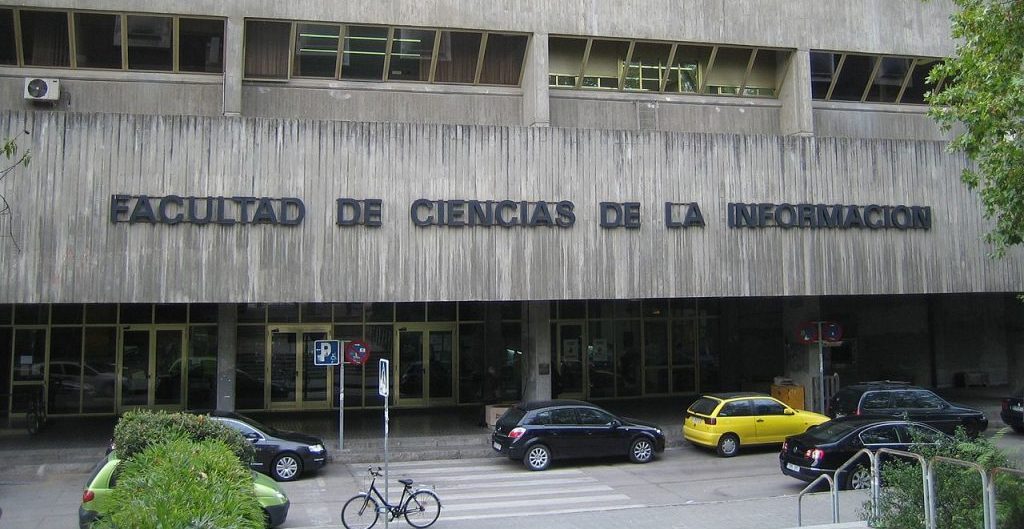 Today we have the pleasure of interviewing José López Yepes, one of the greatest thinkers in the field of documentation management in Spain and Latin America, influential promoter of university studies in library science and documentation in Spain, and a chief expert in the developing epistemology of documentation science.

(Archivoz) Dr. Yepes, we are honored by your willingness to participate in our project, and we thank you for your time. We would like to start by asking you, as the first university professor in our field, about your experiences in the university setting. What is your professional background, and what difficulties did you have to face until this branch of knowledge had its own differentiated space within the university?

(José López Yepes) I completed a B.A. in Philosophy and Letters (Romance Philology Section) in 1968 and a Ph.D. in Philosophy and Letters from the University of Madrid (the adjective Complutense was not used yet) in 1971. In the 1969-1970 academic year, Professor José Fradejas Lebrero put forward my name for an assistant professor position in medieval literature at the same university. I remained in that position until the 1975-76 academic year, when I became an interim Associate Professor of Documentation in the Faculty of Information Sciences. This shift was apparently very strange and unexpected, but in fact, my entry into the world of documentation science dates to 1967, when I joined the recently founded Fund for Economic and Social Research of the Spanish Confederation of Savings Banks, directed by one of my great teachers, Professor José María Desantes Guanter, then a professor of Information Law who emphasized the training of researchers and the decisive importance of documentation sources and their correct handling as indispensable to good research. During that time I also worked under Dr. Juan Roger Rivière, head of International Documentation at the CSIC; I was in close contact with Javier Lasso de la Vega (he gave me his copy of the famous Otlet Documentation Treaty); I took charge of the library of the entity; I edited a Documentation Bulletin; and I organized training courses in documentation technique for managers of libraries and savings banks archives at the Summer University of Santander. Well-known professors such as José Simón Díaz, Manuel Carrión, Javier Lasso de la Vega, José Manuel Ruiz Asencio, Isabel Fonseca, etc., participated in these courses.

In 1975, when the position of Associate Professor of Documentation in the Faculty of Information Sciences of the Complutense University of Madrid opened up, I was invited to fill the position temporarily. I was 29 years old. For me, it was a leap into the unknown. I was leaving behind the field of medieval literature, which I did with the agreement of my teachers, Drs. Fradejas and Simón Díaz. The Body of Associate Professors was a prelude to the future chair and was the first position of full professor of Documentation that was endowed by the Spanish university. In 1980, forty years ago, I attained the position of professor. The endowment of the position was due to the inclusion of the subject in the study plan of 1971, I believe, and to the influence of the aforementioned Professor Desantes and Alfonso Nieto, professor of Business Information, who later became rector of the University of Navarre.

The application process for the associate professorship consisted of six exercises evaluated by a tribunal composed of six members chosen at random presided over by a chairman appointed by the Council of Universities. I had a competitor, an opponent, as they said then, an illustrious archivist, Dr. Vicente Cortés, a woman of great character and personality. I remember her with admiration. She was the first to congratulate when the contest had ended, on January 28, 1978, the feast of Saint Thomas Aquinas. It was snowing in Madrid. I took this step in my academic career with the support of the people and writings of the School of Archives and Libraries, the School of Documentalists, the scholars of the Information and Documentation Center of the CSIC, and the work of teachers of the University of Valencia such as Dr. López Piñero, founder of the school of medical documentation, and Dr. Mateu Ibars.

As I recall, in 1978 the Ministry of Education also convened a meeting with a university administrator named Martí Devese, which I attended along with Professor Simón Díaz and several representatives of the School of Library Science of the Provincial Council of Barcelona, such as Professor Carme Mayol, who had asked the Ministry that library science be officially recognized and incorporated into university curricula. This meeting resulted in the creation of an official curriculum, in which the term “Librarianship and Documentation” was coined. The departments that would confer these degrees took their names from that curriculum.

To answer the second part of the question, that is, how I went about enhancing the visibility and personality of our field, I did so with the enthusiastic help of my colleagues and people like rectors Gustavo Villapalos and Rafael Puyol, Dean Angel Benito, Dr. María Ruiz Trapero and Vice-Rector Benjamín Fernández. Most notably: 1) In the first place, that the position filled by means of the competition-opposition not be left unoccupied. Not everyone recognized the scientific nature of our discipline. As there were no precedents, a framework had to be established, and this gave rise to my book, Theory of Documentation (1978), later published in a second edition called Documentation as a Discipline: Theory and History (1995); 2) Creation of the Department of Documentation as a part of UCM’s Faculty of Information Sciences, along with its ongoing journal, Documentación de las Ciencias de la Información, launched in 1976; 3) Creation in 1990 of the University School of Library and Information Science of the UCM, which I directed for eight years, a period which also saw the foundation in 1991 of the Revista General de Información y Documentación and, a year earlier, the School of Library Science of the University of Murcia, which I was asked by the rector of that university to help create; 4) Promotion of research through support for doctoral studies; 5) The organization in 2000 of the first (and so far only) University Conference of Documentation Sciences; 6) Oversight of the first monographic collection dedicated to our field, published by Editorial Síntesis; 7) Implementation of a Master of Documentation for postgraduates, in the development of which our late fellow founder of SEDIC, Dr. Emilia Currás, played an important role. Likewise, the creation of a Bachelor of Documentation was a success for our profession, as it allowed the establishment of doctorates, etc. In recent years, various universities have adapted their curricula, focusing more on practical knowledge working with technologies and digital content.

(Archivoz) As you mentioned, in recent years, various universities have been adapting their curricula, focusing them more on practical knowledge working with technologies and digital content. What do you think of this evolution? What do you think of the future of these degree programs, and of the balance between development of technique and allowing space for deeper and more reflective study within these programs?

(JLY) As you know, incorporation of technologies and digital content has made it possible to save large amounts of information and allows for instantaneous retrieval and dissemination of that information in cyberspace. In short, allows individuals to publish with relative ease, which has led to exponential growth in the number of documents, including those of a scientific nature, that are available for consumption. These new technologies allow for acquisition of a great deal of information in a very short time, which has accelerated advances in all areas of research, advances which have logical favorable repercussions on society at large. If we take into account that years ago only what was valuable could be published, the new situation has introduced a culture of permanent evaluation in which teachers and researchers continually risk their “lives and finances”. This has given a leading role to evaluative agencies, and has led to an incessant search for evaluative tools in order to determine the quality of publications. In my modest opinion, these circumstances, which are really unavoidable, have led us, perhaps, sometimes to focus on information obtained from initial, superficial searches, to overvalue the role of metrics and the quantitative, and, above all, to sometimes overlook the relationship between research and redaction, that is, to to provide enjoyment and not simply in the interests of favorable evaluations. Let us also consider the ethical questions arising from some of these circumstances.

Beyond this, it is obvious that degree programs are adapting themselves to the increased use of technologies and digital content that is affecting all disciplines, although they must try to maintain the distinction between tools, which are accessory, and the enrichment and transformation of content, which is essential. In the case of our discipline, we remain in a permanent state of flux due to the changing information needs of society, which grants to the individual an ever-increasing capacity for self-documentation. This is reflected in study plans that attempt constantly to imagine what kind of professionals they should seek to create. In this context, there are three concepts that require constant reflection: the nature of the discipline, that of the document, and that of the information professional in the digital age.

(Archivoz) How is the constant evolution of audiovisual and multimedia technologies, social networks such as YouTube or academic-scientific networks like Academia.edu and Researchgate.net, and increased production and dissemination of new knowledge affecting studies in the library and documentation sciences?

(JLY) To link this answer to the previous question, it is evident that YouTube is a formidable instrument that even I make use of in my critical reading. Regarding academic-scientific networks, I think they can contribute to debates and express opinions that can counteract the possible biases of reviewers of articles. More frequent use could reflect the public controversies that have advanced scientific fields in other eras.