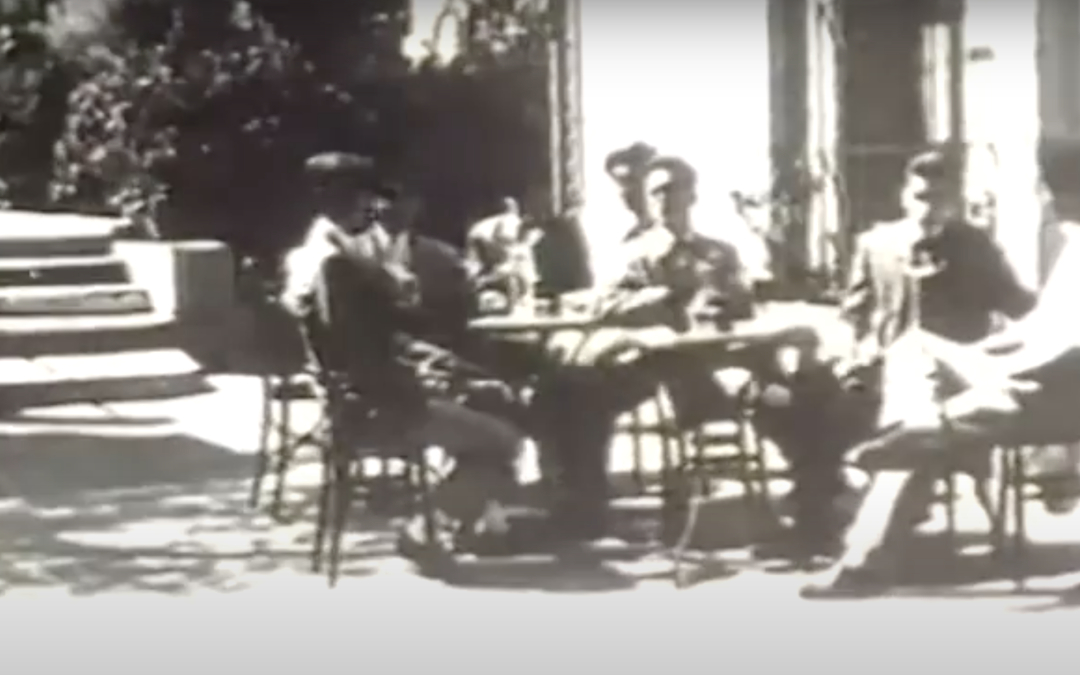 When we talk about the idea of “movies,” there is consensus about the characteristics that such a visual piece must have: a plot, a script, actors, and a range of artistic and technical qualities. For these reasons, when we identify the first Spanish movie, it should meet all these requirements. This implies, for example, that the early works of the Lumière brothers cannot be considered movies: Employees Leaving the Lumière Factory, the first commercially distributed film and therefore of crucial importance, depicts a scene of everyday life in the Lumière factory. Despite its relevance, it cannot be considered a movie as such.

However, this is not the case with Riña en un café (Fight in a Café), from 1897, directed by the pioneering Barcelona filmmaker Fructuós Gelabert. It is a short film that includes some of the most classic clichés of cinema: love, jealousy, and violence. The scene occurs in a café, where two men fight because of a young woman’s interest in one of them. The quarrel is resolved amicably with a handshake, another characteristic of most modern films: the happy ending. As we can see, there are commonalities throughout more than a hundred years of film history.

The only surviving copy is one made by Fructuós Gelabert himself in 1952. Not only can this pioneer boast of his work as a director, he was also a scriptwriter and a great connoisseur of the recently created cinematographic technique, as he himself created the camera with which he shot the film. Trained in photography, he had the chance to attend the Lumière brothers’ sessions, where he became interested in this new art form. He also worked in animation, with films such as Choque de dos transatlánticos (Collision of two transatlantic liners, 1898), and documentaries such Visita de Doña María Cristina y Alfonso XIII a Barcelona (Visit of Doña María Cristina and Alfonso XIII to Barcelona), from 1898, which was the first Spanish cinematographic work to be distributed worldwide. He was also an inventor and worked in the world of cinema until the late 1920s.

Thanks to La Gran Videoteca dels Països Catalans, this work is available in digital format. As explained on its website, this is a private foundation that aims to disseminate and illuminate the social and cultural heritage of the Catalan-speaking countries.

The banner image is a screenshot of the video