“They were able to save and recover thousands of books from the holes made by the missile attacks.” Interview with Mohammed Jasim, former Director of Mosul University Library 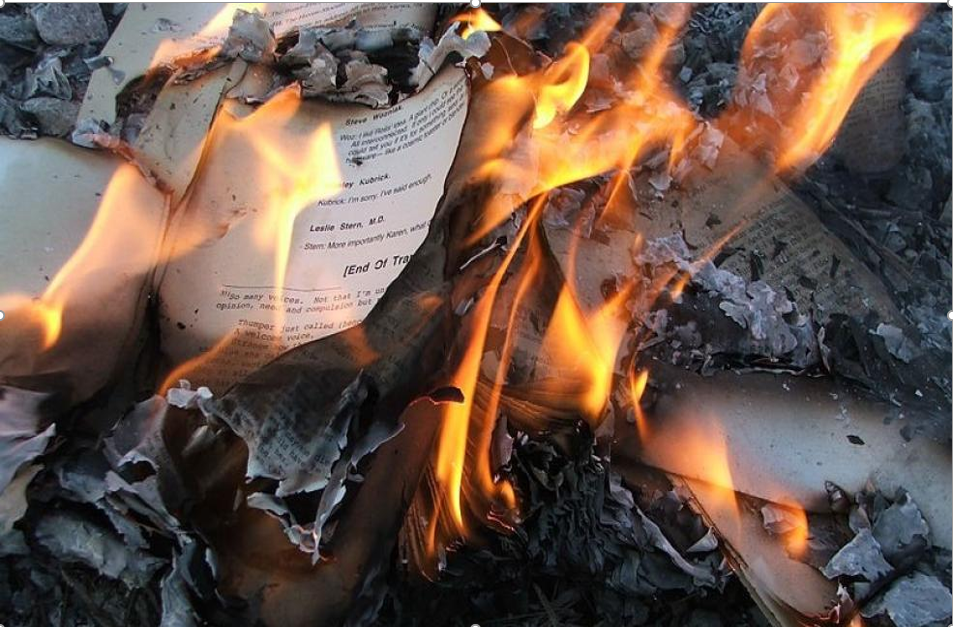 Archivoz’s Noemi spoke with Mohammed to lean about Musul University Library and the work of reconstructing the Library.

(Archivoz) We would like to know a little bit about you – could you give us an introduction to yourself?

(Mohammed) My name is Mohammed Jasim Aal-Hajiahmed, I am the former director of Mosul University Library and the coordinator of international support for the Library since the destruction and burning caused by ISIS during their occupation of Mosul, in northern Iraq.

(Archivoz) Could you explore Mosul University and its Library, to help us understand its pivotal role for the universities and libraries in Iraq, both before and after the ISIS attack?

(Mohammed) Mosul University is the second university in Iraq after the University of Baghdad. It has 55,000 students with 125 departments across sciences and humanities, 25 colleges and 8 research centers. Built in 1967, the Mosul University Library was one of the largest in Iraq and one of the most important in the Middle East. The place once housed more than one million books – 600,000 Arabic-language materials and 400,000 resources in English and other languages, covering diverse fields of knowledge, as well as 30,000 periodicals, in some cases dating back to 1700 CE. The Library contained 1600 manuscripts, 5000 governmental publications from as far back as the founding of the modern Iraqi state in 1921, and versions of the Holy Qur’an from the 18th century. The Library also had 10,000 reference books. Foreign culture corners gave students and researchers the chance to explore diverse literary traditions and faraway lands.

(Archivoz) After the ISIS attack on 6 June 2014, what happened to the University and the Library? Which books and manuscripts were destroyed and how were they damaged?

(Mohammed) As a house of learning and knowledge at the center of the University, the Library was among the first institutions targeted by ISIS after their occupation of Mosul in 2014. They would later burn it completely, destroying nearly all of its contents and the building’s structure, leaving some 55,000 students and about 11,000 staff, as well as independent researchers from Mosul, nearby cities, and other parts of Iraq without the resources needed to complete their academic projects.

(Archivoz) How did the people react in Mosul? How did people, after the attack, try to save parts of the Library?

(Mohammed) Once the University was liberated by the Iraqi forces, a group of people, young and old, rushed to the Library. While the battle was still continuing on the other side of the city, they were able to save and recover thousands of books from the holes made by the missile attacks. From this, we can imagine the Library’s importance, not only for the students but for the people of Mosul as well.

(Archivoz) How did the rest of the world react? Did Mosul have support? What form did this help take? Were there harmful as well as beneficial aspects?

We received urgent materials from the Prince Claus Fund in Amsterdam, and other library materials from Charles University in the Czech Republic. We also received books from local and international institutions and universities and even from individuals who wanted to help Mosul University Library. We started sending these books to the relevant colleges and departments. We appreciate all these efforts, however sometimes we receive donations of books that we do not need, or even old materials which burden us and make our task harder as we do not have enough space to store them. We have a good agreement with Book Aid International: they provide us with materials according to exactly what we need, and we have received about 8000 books through that agreement so far.

(Archivoz) How has the University handled the situation? What decisions have been taken since the destruction? What have been the first priorities?

(Mohammed) After the liberation, the University reopened although about 70% of the buildings had been destroyed. Some colleges were destroyed completely, like the Library. At first, the efforts focused on fixing classrooms for the students joining the University and enrolling to study, although the University had never closed as it was running out of the Kurdistan region for those students who were outside the city. The staff and students were working all together to repair and paint the classrooms, using their own funds. After that the UNDP started to restore the buildings, and there was government support to rebuild college buildings. The Library has recently bid for funding and the building will be restored by UNDP.

(Archivoz) How has this event affected students and staff, since the destruction was not just of books or manuscripts, but also of all the infrastructure and physical objects that are needed on a day to day basis.

(Mohammed) It was really hard to start from scratch; the scene was horrible especially when most parts of the city had been leveled to the ground, the University had been destroyed, and the Library burned and bombed. It was a nightmare for us – nobody can imagine that. We started when we didn’t even have chairs to sit in. In the Library we have 135 staff, but they had no place to start working as everything had been destroyed. The students started to come to the University in shifts, as there were not enough classrooms for them. It is really hard to describe that situation, but the good thing is that everybody was committed to make a change, from the students who insisted on coming to the University and resuming their studying, to all staff who were displaced and were commuting to Mosul University every day from Kurdistan. So there is a will to change and start again in spite of the challenges we have all faced.

(Archivoz) Nowadays, how is it working at the University and Library?

(Mohammed) Right now, the University is running properly. It has 55,000 students with fully functioning institutions. The University has resumed its academic activities like conferences, workshops, lectures, and other scientific events. It has entered a new era after appointing a new president, Prof. Qusay Al-Ahmadi, who started involving the University in Mosul’s social activities. We can now see the University is giving consultancy to other city sectors helping them to flourish again.

Unfortunately, the Library is still running from a substitute site waiting for the restoration of the building because we cannot fully function unless there is a building to house computers and other library departments.

(Archivoz) Mohammed, you coordinate the reconstruction of the Library. How is it working with local and international institutions to increase support for the Library and build new collections? Could you explore how you are doing this work?

(Mohammed) As I mentioned earlier, after the liberation I started sending appeal letters describing the situation to the international community. I managed to get urgent materials for the Library like computers, staff chairs, desks, etc. through the Prince Claus Fund in Amsterdam and from Charles University, and we are grateful to the People in Need NGO for their help in making that happen. In 2018 I also visited the UK and met with people from Book Aid International to outline the agreement of getting books from them based on exactly what we need, and we thank Book Bridge Institution for their coordination. I also met with the director of the Bodleian Library in Oxford, which meant we were able to connect Mosul University with Oxford University Press to get access to some of their e-materials; we owe thanks to the Iraq Britain Business Council for their coordination in making that happen. I also gave a talk at the UNESCO conference held in Paris in September 2018 under UNESCO’s “Revive the Spirit of Mosul” initiative. I addressed international donors attending the conference on the issue of the Library. I should also thank all the local Iraqi universities which donated books to us from the very beginning of the liberation, and universities like Plymouth and Manchester for donating books, as well as the Iraqi and American Reconciliation Project for their efforts in collecting books from different place within the US. Many thanks to Mosul Eye Institution for their efforts in supporting the Library and connecting us with many international institutions and thanks to all the individuals and groups whose names I have not been able to mention for their support.

(Archivoz) What’s next? What are the priorities? Digitalisation plans? Donations?  Electronic resources?

(Mohammed) Our priority now is to get the University back to the international status it held before. For the Library, we are focusing on getting e-resources as it is the best and easiest way to help our students and get them access to up to date materials. This is no easy task as it costs so much money but we are doing our best to make it happen. We are also looking for partnerships with international libraries like the British Library, which is one of the leading cultural institutions in the world. Once we have the building, we can start setting up plans for digitization as we believe that if we had digitized our materials the disaster would not have been quite like this. Digitization and training our staff are among our priorities. We are receiving donations of books but again we would like to coordinate with the donors to select what is needed rather than sending us unwanted materials.

(Archivoz) If possible, could you explore your personal experience of this event?

(Mohammed) I am now doing my PhD at UAB in Spain, but I am still committed to coordinating the international support for Mosul University Library as it is my second home. I spent about 18 years working in the Library; each corner represents something for me. Therefore, all the Library staff and I are committed to making the Library function again and rebuilding our collections to be even better than before.